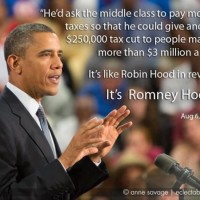 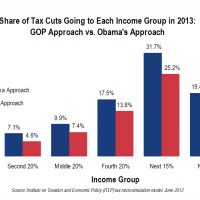 A non-partisan report compares President Barack Obama’s tax plan with that of the GOP.

Meaning unless you are a billionaire, the president’s plan is more favorable than Romney’s.

[ via Justin Anderson via We survived Bush. You will survive Obama. ]

Bug zapper tennis racket. Did not know these existed. But I need one.
“Olive, no! You can’t come in here! You will get stuck & your skin will fall off & you’ll turn into a skeleton! And then I will be sad!”