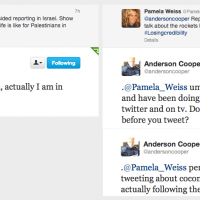 http://mediamatters.org/blog/2012/10/16/fox-botches-report-on-decision-to-uphold-early/190663
A play about Ohio early voting, in three acts.

ACT ONE: In 2004, massive lines at the polls caused tens of thousands of Ohioans to be unable to vote, in a historically close election. Pictured is such a line from 2004.

ACT TWO: Ohio institutes broad early voting, which in 2008 and 2010 alleviates the early voting mess of 2004 without disenfranchising anyone. The days just before the election have the highest turnout percentages.

ACT THREE: Republicans move to restrict early voting specifically in the three days before the election except for military voters and those overseas. Fox News takes up the baton, and shamelessly calls any effort to keep early voting to all as an attack on military voters, who everyone agrees should be able to vote.

Flashforward to today, when early voting is upheld for everyone, Fox went down still lying to itself and its viewers:

“
SCOTT: Ohio’s voting laws are going to be changing, it would appear. There was an early voting program voted in by the state of Ohio for military members and their families. They were to be allowed to vote early. The Democrats and the Obama campaign asked that that be blocked. They, for whatever reason, did not want military families and military members voting extra early. A couple of lower courts blocked the law — again, at the request of the Obama campaign and state Democratic officials. Now it’s gone to the Supreme Court. The Supreme Court is going along with that block.
“
So in FOX Land, this wasn’t the Republicans abusing their power in order to deliberately disenfranchise people and make it more difficult to vote. It was the Democrats and Obama trying to prevent military people from voting. Riiiiight. Got it.
Pathetic and disgraceful.